True confession: I have dropped the bike several times.
All but one has been on the right hand side. So my Jesse Luggage has taken a hammering. Even literally, as I used a hammer to fix the dings in one of the boxes 🙂 But, after I dropped the box in Squaw Valley, even hammering did not fix it properly. Became a struggle to open the filler cap when adding petrol.
Jesse Luggage is based in Glendale, ie: close to Phoenix. I had talked with Kris to confirm that they would be open. My GPS took me to the wrong driveway, but Al saw that and prompted me to the correct driveway. They are based at 7112 W Frier Dr.

Al took a look at the problem, and identified that I had bent some pieces of the support bracket. He provided some tools and an upgraded piece, so I set to work. Cody came along to pass along new bolts, and straighten another part of the bracket. This was then passed along to Mike, who is an expert. I have tried with various degrees of success in my time to straighten metal. It is NOWHERE as easy as it looks. Mike made sure the part was back to spec, using Jesse’s own jig.

Everything was bolted back in place, and JOY of JOYS, the filler cap opens with room to spare:):):) 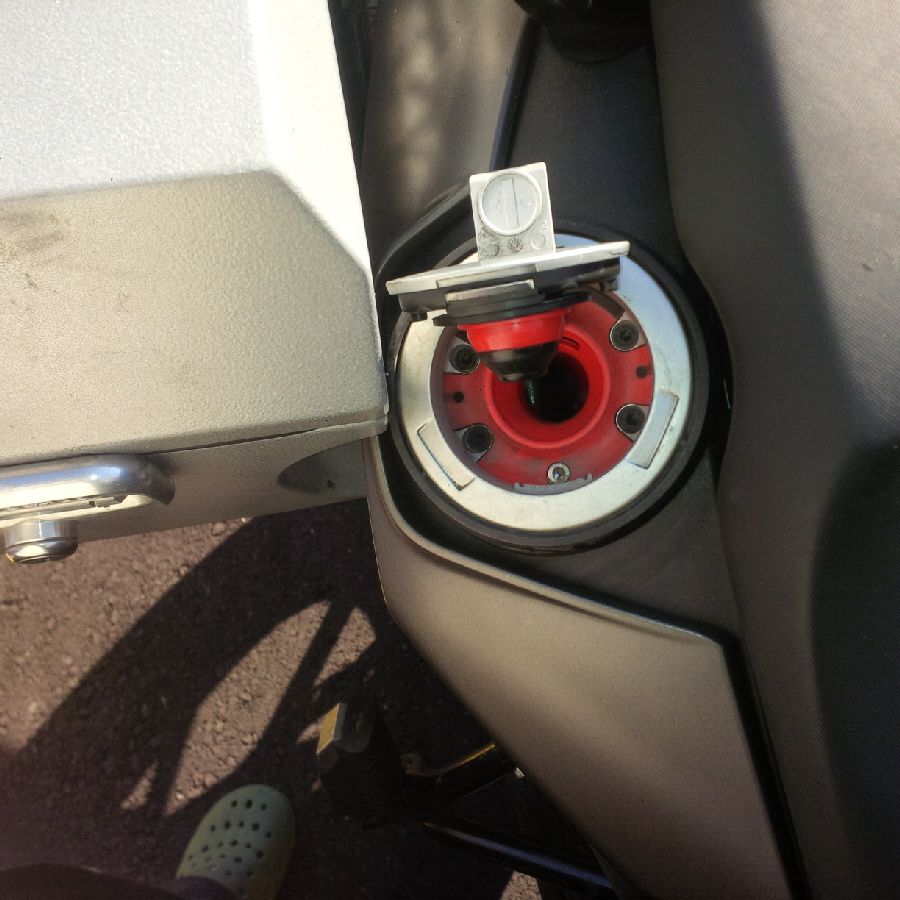 At the risk of sounding like an advert, this is the only luggage to buy. The boxes have taken punishment, and NEVER scattered their contents down the road.
Plus it is smoother on the inside than any other metal box. A big plus when putting stuff in and taking it out.
I could have had the plastic BMW luggage for half the price. But I am SOOoOOoOO GLAD that I bought the Jesse Luggage.
HINTS:
(1) The catches are adjustable, so you can make them tight, but not too tight.
(2) When fixing dents in the boxes with a hammer, you may need to apply mastic around the bolt holes. Really hard to get a perfectly flat surface again, when using a hammer.

A big THANK YOU to everyone at Jesse Luggage. Good kit is hard to find. Your luggage is good kit!
And thank you for being such nice-guys and so helpful.
A true Christmas miracle on Frier Drive 🙂

Found you at last, not sure I like the idea of dropping the bike, was going to say I would like to be a passenger but not so keen now xxxx

Hahahaha. I was PUSHING the bike the last time it fell !!!
Still. I could NEVER drop the bike with you on it. You know how to use a chain-saw………….