Up in the morning to update this blog and do some research on the weather and route options. Looks like Tombstone and then hug the southern border with Mexico.

Ran up to Iron City and picked up the Blue-Tac chain lube. Hmmmmm. Does not stick like the old stuff from Blu-Ray. Seems just like Blu-Ray’s Clean&Lube. Hmmmmm. Different can, same stuff? The old lube would spray on, and not drip. The new stuff drips a lot. A lot.

Started looking at hi-viz vests. Needed for the rally in January. This may be harder than it looks. Looked at 3 models. All use velcro. Two have VERY small tabs, and the third had two larger tabs. Neither look as if they are going to stay closed at highway speeds. Oh dear.

Filled up the petrol tank on the bike. So nice. No struggle with the filler cap. Thanks again to Jesse Luggage:)

Uncle George confirmed he would be at the Phoenix Ale Brewery 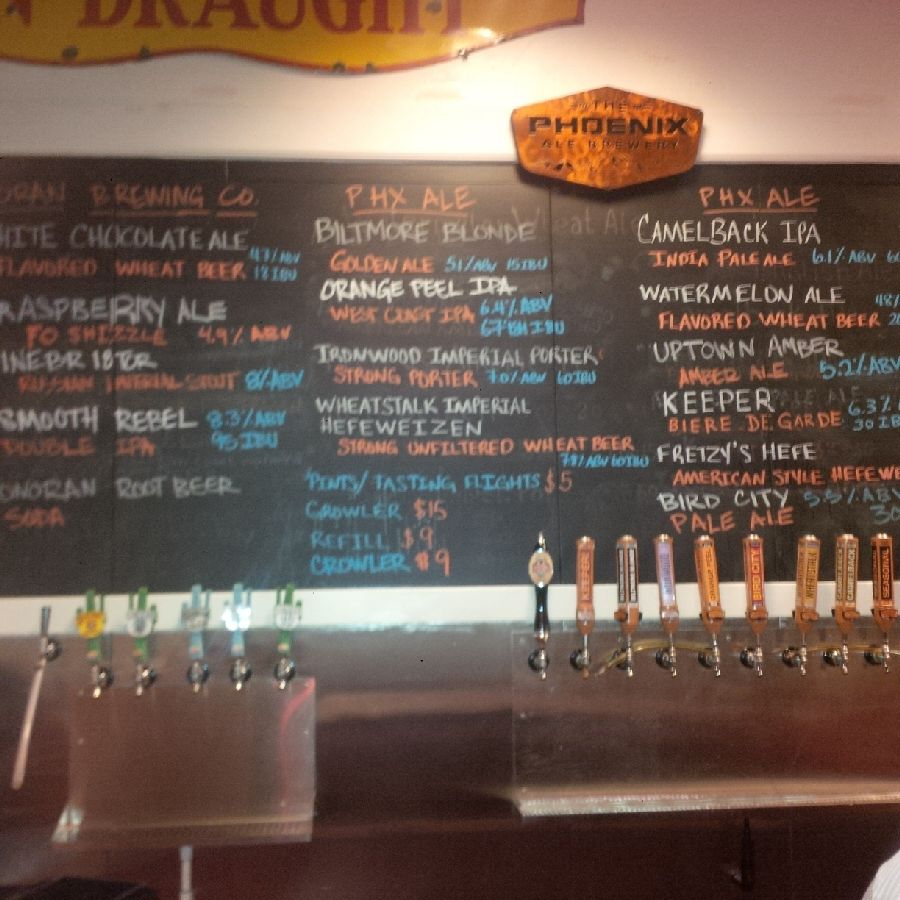 at 4pm. Was a nice chat. He has not changed a bit. Just like me. We are both as young as when we met in the ’70’s 🙂 🙂 🙂 A couple of beers, courtesy of George, and then we parted. I was impressed by his knowledge of the brewery world.
And impressed by the brewery. Nice place. People swing by after work. Fill up a growler. Or three. Chat. Have a beer. Go home. Nice.
I also met Nick, George’s favourite son 🙂

Enough for the day. Time to prep for tomorrow’s ride.

pps: Phoenix Ale Brewery was bought out in 2019

Sounds like you’re in “good spirits”.
Just want to wish you a Happy New Year and take care.