Found my way to the New Palace just in time for lunch. Nice view.

A stroll north and then east took me past some nice buildings, gardens, through the woods, to an old windmill.
By now the heat and sun were taking their toll. Luckily, this is Germany, so there was seating and a beer 🙂

Next stage took me to the “Russian village” where I had the tea, the vareniki. And an interesting conversation with a retired pilot from Germany’s air-force.

Next stroll was onto the other schloss in Potsdam.

Then a somewhat longer stroll into “Dutch town”‎ for a final beer and catch the tram home.

Was nice day out‎. Thanks to Rapha (my host) for suggesting it.

Sent from my BlackBerry 10 smartphone on the Bell network. 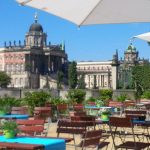 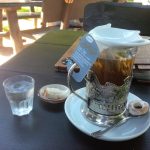 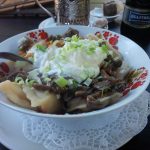