It Was All A Dream?

First of all a HUGE THANK YOU to everyone who took care of me in the big T.O. The list is too long to place here, and I worry I may miss somebody. So MERCI/DYAKUYU to you all.

As for the dream.
One walk along Queen Street and the road trip faded into the distance. Seemed as if I had never been away.
And now that I am back, seems I never left Heidelberg.
hahaha.
So which part is the dream?

Toronto job done.
Library card renewed.
Some drinking.
Lots of chat.
And scored some PDU’s at a British Computer Society lecture held at the RCMI.

The last evening in Toronto, I partook of a typical Canadian past-time, hockey. Was taken to the ACC and watched as the Leafs won a game. Not well. 6-3 score was more a reflection of the poor competition. But at times, the Leafs looked like a team. Not seen that since the 90’s.

Will write more frequently, once I figure out how I will be getting to Spain.
Until then, let me leave you a few memories…..
(1) my favourite lunch from Queen Street’s I Love Sushi…… 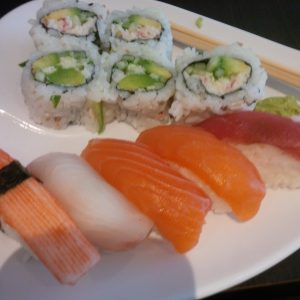 (2) near my church a perogy shop opened. Had the so called Baba’s version, which were a so-so facsimile…… 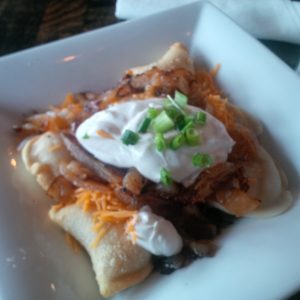 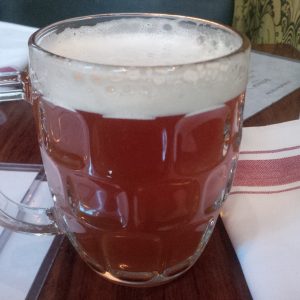 (4) whilst back in Germany, real steak from Dufke…… 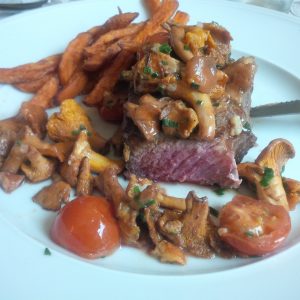 Glad to see you made it back safely and looking forward to your Spain encounters.
Cheers!

And please keep up the footie updates!
Am still smiling about the Chelsea loss to Crystal Palace, and the ManU loss to Huddersfield. Now both teams are doing WAY better than Leicester. We’ve only just gotten out of the relegation zone. So there’s been nothing else to smile about.
Cheers !

Sorry I missed you. When are you back?