First stop Ollolai. Home of the one euro home. Yes. The town is selling homes for ONE euro, as a way to revitalise the place.
How far off the beaten track?
When I stopped to let a car pass me by, THEY stopped and asked if I was lost!!! hahahaha

TomTom did take me into town via a series of steep, narrow alleyways with tight turns. What’s with these Dutch? It was hilarious. TomTom kept getting lost.
So ‎I found a good parking spot. Went walkabout. A nice lady in city hall explained that the offer is done. But will put me on a mailing list.

An espresso for LESS than a price of a house.

Then rode out on nice roads, to Orgosolo.
Again scenic routes 🙂
But the town was closed as I arrived, except for one cafe by a park. Took a selfie at the other side of the park…… 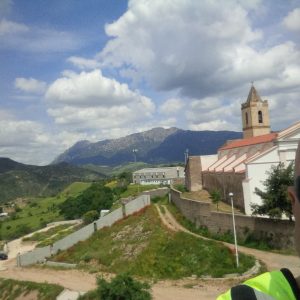 The wild flowers are out in force. All over the hills in the background. The French Impressionists would go wild 🙂

Another scenic ride until I approached Nuoro. Then the traffic increased, from the occasional vehicle, to traffic all the time.
Found a petrol station and filled up. A mix of highway and steep, curvy roads is bad for mileage. As is the ethanol in the fuel.

Found my B&B.
Bike scored parking in their courtyard.
Unpacked.
Went for a stroll.
And supper…… 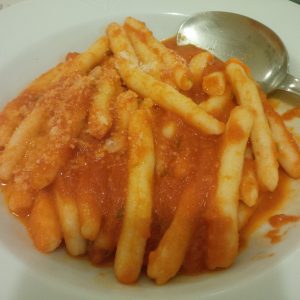 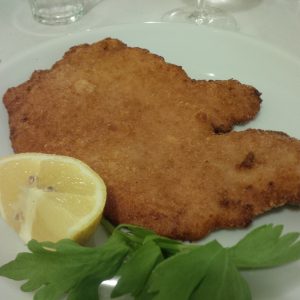 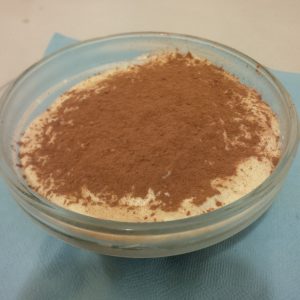 Up Saturday morning to TaiChi then breakfast.
Paulo (my host) is a good guy, an architect, and has travelled. Makes for good conversation.
House has a nice feel to it, and is well organised. Best shower-head EVER! Comfy bed. All a chap needs.

Wandered around Nuoro on a scenic route to the Tourist Information Office. It was closed. Wandered along a bit. found a nice lunch, at a place on Paulo’s recommended-list…… 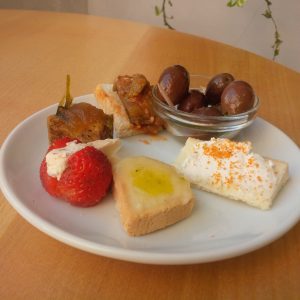 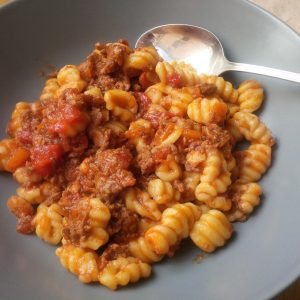 The a bit more wandering, including this photo by the cathedral…… 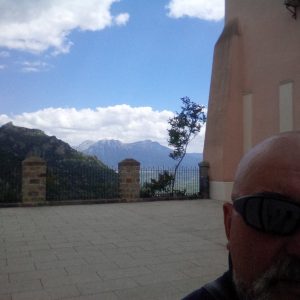 Did some chores, a nap, then up to head out with Paolo.
He took me to his local “pub” where we had Sardinian red wine and Sardinian salami and cheese.
Paulo declined my offer of supper, so I had this tasty seafood dish at Il Portico….. 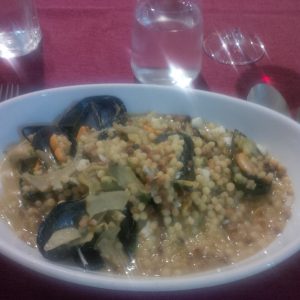 Sunday morning, TaiChi and then breakfast.
Met Anthony from Bournemouth. A madman. In my book, anyone who rides a Ducatti is mad. The bikes are FAST! He was off for a ride, whilst I went in search of the ampitheatre.
‎In the evening, we took Paulo out for supper. Outstanding food at Il Rifugio. These were better than Nona’s…… 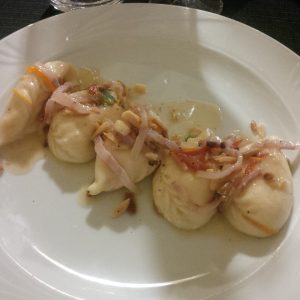 That’s your Nona, not mine 😉
The lamb stew was so good, I forgot to take a photo! haha

All three of us sat there so long that the staff were begining to sweep around us 🙂
Anthony and I chatted some more back in the comfy living room at the B&B.

Back in my room I sorted out my travel maps. Over supper, I had attempted to show details, and only saw the white screen of death! Aaaaaagh 🙁
Turned out that I had to reload all my map details into NEW maps, and then it was OK. First time I have had to do this in 15+years of using BatchGeo.

Monday morning up after 3hrs of sleep.  Shades of parenting. Shades of being back in IT support. hahahahahaha

After TaiChi and breakfast, checked the bike tire pressures. Murphy was out today, and my pump is chewing the valve threads again. So my front tire lost a lot of air.
Rode off to find an air-pump at a petrol station.
Scary ride.‎ Tire felt as if it wanted to jump off the wheel at every turn. ‎Not doing this again!
Was much better with too much air. Petrol station air-pumps have notoriously inaccurate pressure guages. My bike has pressure monitors but they only work when moving. So I let out as much air as I felt safe, and rode home where I corrected the tire pressure with my pressure guage.

Loaded up the bike.
Said my farewells.
And headed off in the rain.

My impression of Nuoro?
Hilly. With nice streets and great views.
Good food.
Unkempt. As if the gardeners have all left.
di Boz B&B is an excellent place to stay. 🙂