Friday up to TaiChi and sunshine.
Healthy breakfast, with coffee almost as good as Barry’s 🙂
Packed the bike and headed out.

Ignoring TomTom, I was quickly on the right road to L’Aquila. Which looks quite recovered from the 2009 earthquake. How do I know? I ignored TomTom and ended up riding through the town 🙂 Am playing follow the traffic, rather than follow TomTom. Works very well. Weird or what!‎
Luckily, I remembered most of the towns on today’s route, so could safely ignore TomTom.

Was perfect weather. Between 17degC and 21degC for most of the way.
Somewhere after L’Aquila, the temperature climbed above 30degC.
Countryside was still green, with mountains. But I was riding in the plains, no longer in the mountains.

Was lunchtime and hot, so found a random roadside cafe, that had an excellent pasta con funghi.
Only iffy part was the chap (I hesitate to say maitre d’) who tried to over-charge me. Pity. The lady who did the serving at the start, and cooking, was great.

Ran throught Terni. Despite being the source of the name for Valentine’s Day, there is a huge road-side sign proclaiming that Terni is “Italy’s Manchester”.
So I rode on.

Stopped close to Perugia.
Filled up the bike and gave it some TLC.
Found a place to stay and rode in.

Parked the bike.
Walked up the narrow alley and booked in.
Michael said I can park the bike for free, near the front door. ‎ I was skeptical, but Michael stated that even big bikes can turn around. Well. I like a challenge 🙂
Rode in and realised the luggage has to come off, if I am going to try turning the bike.
Next part was using the right two doorways and basement window, to effect the 7-point turn.
Then with Michael’s help, pulled the bike backwards, up the steep alley, the final few metres. Then I replaced the RHS pannier, and moved the bike up against the wall.
Up on the centre stand, and cover up.
This was more challenging than Marrakesh!

Sad news.
Taking another look at the RHS pannier frame, I realised there were cracks. Yikes. Resorted to duct tape as they are in a non-critical area.
But, made me realise that I must have hit much harder in Noto Antica, than it felt. And it felt hard enough!

Unpacked.
Went walkabout.
Peruguia is an impressive Etruscean town. They were the big rivals to Rome, and first on Rome’s conquest list.
Here is the main square…… 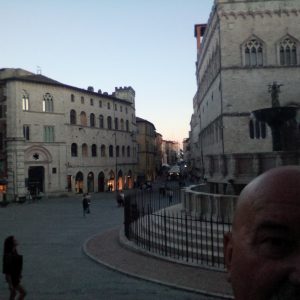 Walked back down to the recommended restaurant. Ended up having a meat-lover’s supper, with scallopini as well as the mixed grill.

Saturday up to the alarm and straight to reception and book an extra night.
Took breakfast.
Then a walkabout.

Now you can walk up, or as I found out last night, take the escalator.

Enroute to the escalator found a museum for a cuppa. Had done some route planning before the walkabout. Was time for a cuppa. And here they warmed the pot 🙂

Then towards the escalator. Which is in the city wall. Though wall is an understatement. There could be a block of flats inside the walls. As it is, there are rooms for all sorts of purposes. Some tiny. Some HUGE. Awesome. Never seen anything like this.

Carried on with my walkabout. Up and down the hill, on a random basis.
Found nice, soft, gnocchi….. 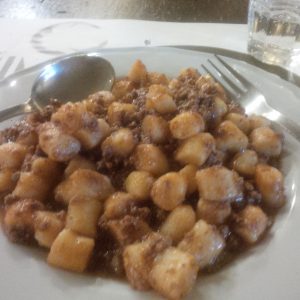 Then back to the hotel for a nap, but ended up doing more planning, some chores, and watching Messi mess-up. Ronaldo did MUCH better last night.

Out for supper, at Toronto’s best car mechanic‘s restaurant (well, he is called Johnny Mariani), that I had found during my walkabout…… 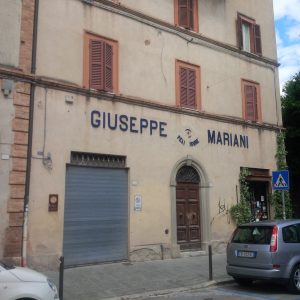 Ristorante l’Officina is worth a visit. Took the set-course veggie option, mostly self-explanatory…… 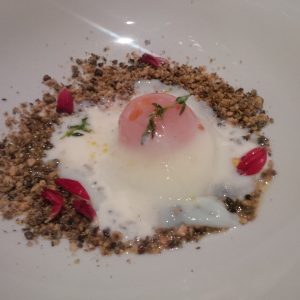 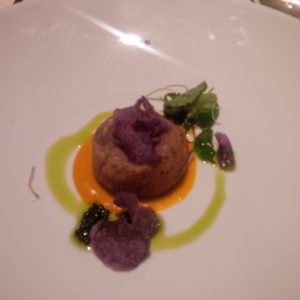 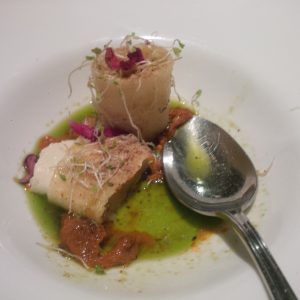 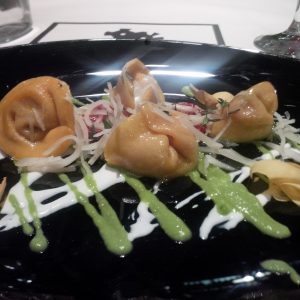 even here Mozzarella was bland…… 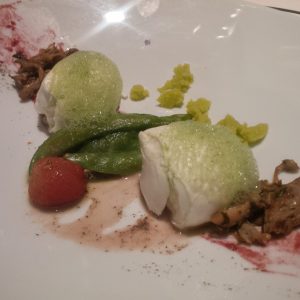 with the best for last…… 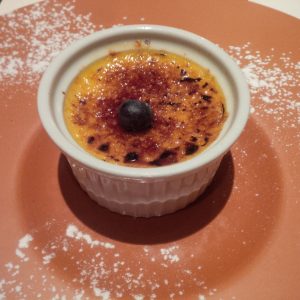 Sated, I walked home and to bed 🙂